U13 Prem Girls vs Dalky win

U13 Premier Girls vs Dalkey.

This is why we as Managers get involved with teams, days like today come around none too often.

When you finally beat a team who have NOT LOST a game in 3/4 years you think to yourself it's all worthwhile.

Greystones travelled to Dalkey today for their opening game of the new season full of belief that we could get something from the game ,and did we just from the very first touch  Greystones dominated the first period coming close twice to opening the scoring.

Our Midfield trio of Maisie, Naomi,and Ciara o Farrell were unbelievable their workrate, tackling ,and no small amount of skill kept Greystones on the frontfoot our attackers Holly ,Sarah, Carla, kept the Dalkey defence busy chasing them down always looking a threat the subs who rolled on just slotted in so easy to keep us on top Caoimhe ,Emily,Aoife, and Robin,despite all our efforts we went in 0 0 at halftime.

Second half started just as the first had ended with Stones well on top with their confidence growing we had a couple of One on Ones with the Keeper just to see the ball go narrowly wide on both occasions with Ally now in for Holly she was causing no end of trouble for the defenders when finally with 12 mins remaining the moment arrived Maisie won the ball in midfield playing Aoife in wide on the left ,she cut inside towards goal  with the Keeper advancing Aoife "Messi like" opened up her body and bent the ball around the Dalkey keeper to send Coaches  and Parents into raptures "could we finally beat Dalkey" you would think sit back defend what you have, but no way these girls kept hounding Dalkey all the way to the end of the match: 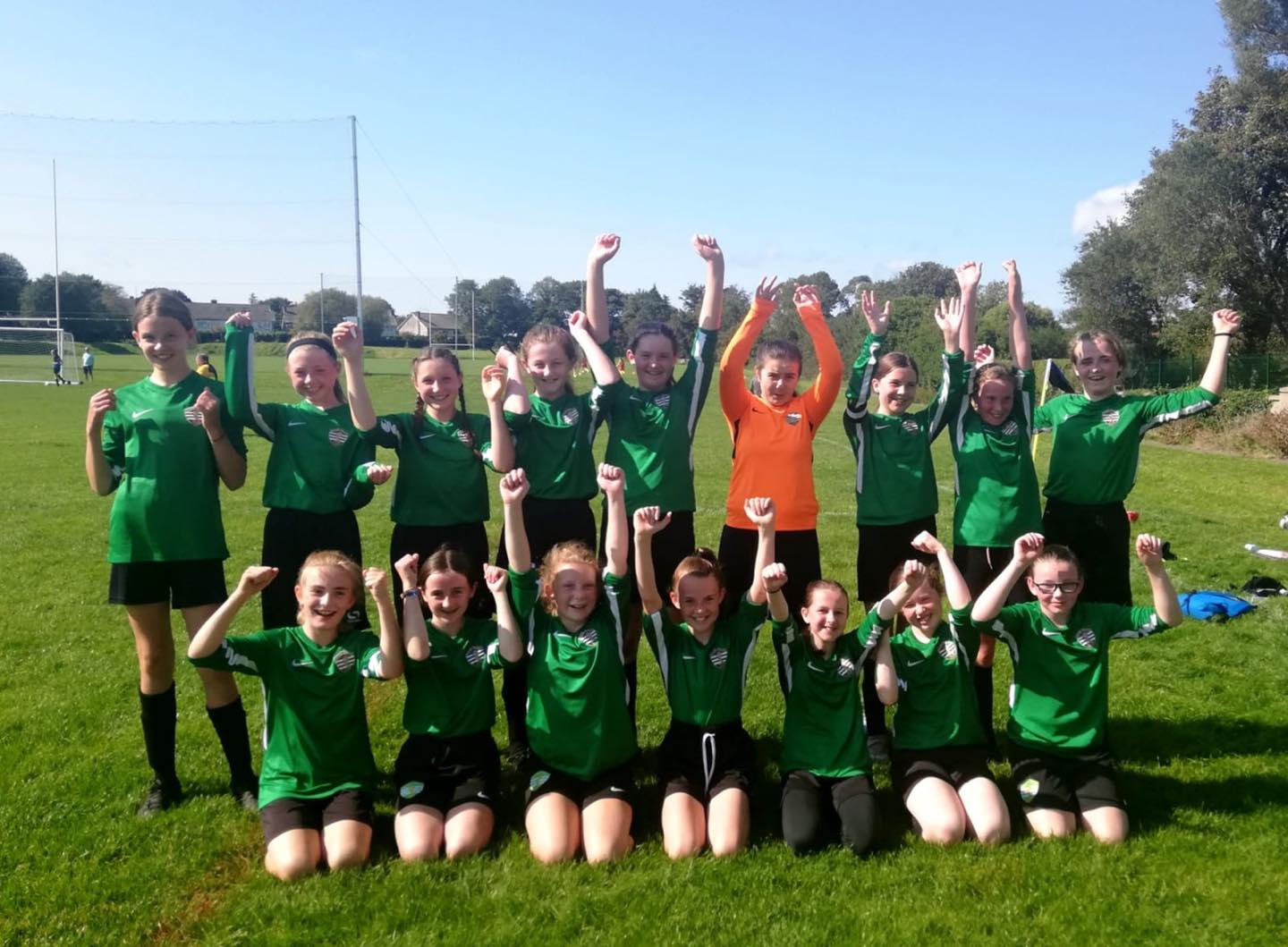