In a major new development for Irish football, Bray Wanderers FC and Greystones United AFC, have agreed a far-sighted partnership to create a combined new force in Women’s National League Football at all levels.

The ultimate ambition and objective of this agreement is to devise and implement the most successful female club partnership in Irish football, both on and off the pitch, to the mutual benefit of both clubs and to further facilitate the development of elite and community female football in the area.

Under this agreement, the combined player and coaching talent will participate in the Women’s National League as Bray Wanderers FC and Greystones United AFC will be recognised for their participation on co-branded kit, a combined crest and throughout all communications.

This partnership is visionary in its construction and reflects the most sensible and practical way to advance women’s teams capable of competing and winning at the highest level. It provides a clear development pathway for girls and women and an opportunity to participate in what is the fastest growing area in sport.

The partnership will be underpinned by investment, from both clubs, in academy facilities and coaching talent, affording players the best possible environment to fulfil their dreams and ambitions.

Andy O’Hara, Chairperson of Greystones United AFC said: “We’re delighted to partner with Bray Wanderers FC to move forward together with a shared vision for girls’ and women’s football. We’re seeing significant growth and interest in women’s football and have been involved at underage level in the WNL since its inception. The club has over 200 girls and young women now playing football and this partnership will only further enhance the player pathway development for all. These are exciting times for women's football and I believe this ambitious development will position us front and centre, as our partnership develops.”

Tony Richardson, Chairperson of Bray Wanderers FC said: “This is an excellent development with Greystones United AFC, a highly respected and neighbouring club with a great heritage in football. As evidenced by our recent developments together with Cabinteely FC, we strongly believe in collaboration and co-operation for the betterment of football. Greystones United AFC share a similar philosophy and their openness in discussions and willingness to create this partnership is deeply encouraging as we jointly embrace this opportunity to promote Women’s National League Football. We look forward with confidence to future success together.” 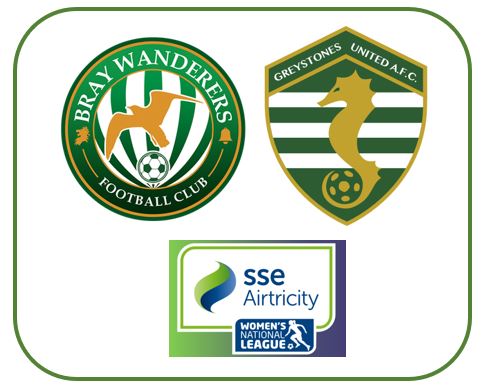