‍
Hard fought game from both teams. The home team took the lead 1/2 way through the first half with a good headed goal at the back post. Greystones equalised just at the stroke of half time with a well worked free to the back post knocked back in by Calum Smith to be finished off by Oisin Caffery. The second half was fought equally as hard as the first but became a game of missed and taken opportunities with the home team taking the ones that came their way. Great put in by us with some superb football being  played. Very Good Game played in the right spirit. Roll on next week for the return leg! 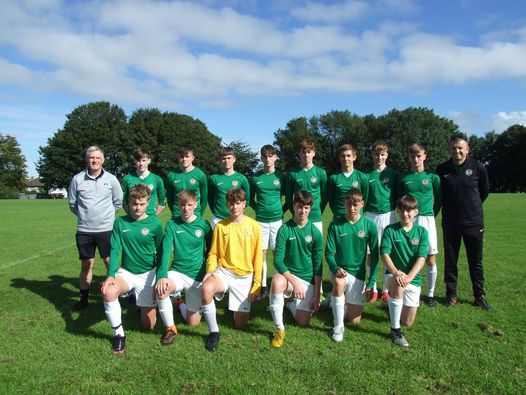